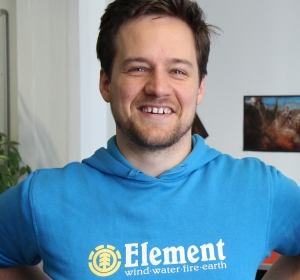 Not content to simply spend his days playing great multiplayer games, Alex Zacherl co-founded the video game studio Fairytale Distillery in Munich, Germany to create his own. Inspired by games like Ultima Online, Shadowbane, Guild Wars, and Dark Age of Camelot, Zacherl set out to create what he saw as the ultimate combination of his favorite MMOs. And in February of 2017, he accomplished his goal.

After experiencing UO’s open world and flexible gameplay, Zacherl was soon in pursuit of his vision of an ideal digital existence.

“I was obsessed with the thought of building a log cabin somewhere in the woods and having two wolves as pets,” he said. “That obviously never happened. Instead, I started off as a fletcher. I grinded wood and arrows to make some cash and then became a fighter of sorts.”

Most of Zacherl’s time in-game revolved around chopping at trees to create the arrows he sold at West Britain Bank or hunting ogres with guildmates. This playstyle brought Zacherl countless hours of joy.

“I’d never really played with total strangers before,” he said. “All other multiplayer games I played—at LAN parties or board games—were with friends and family. And now, here I was talking with complete strangers, going on adventures with them, and forming guilds.

“I liked the feeling of living in another world, different from your own. It’s not like I enjoyed running through the woods carving arrows in real life, but I loved it in UO.”