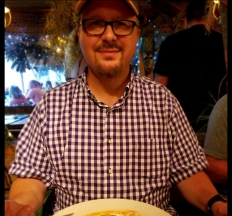 John Dickson not only played Ultima Online for the game’s superior community aspects, but he built his avatar’s entire existence around it, serving as mayor for what would become one of Lake Superior’s most popular player-run communities, Rivendell.

And as the city continued to grow, so did Dickson’s responsibilities as mayor.

“I was responsible for the overall administration of the town,” Dickson said. “My duties evolved as I wore many hats including recruiter, tour guide, bartender, arena judge, and treasurer.

“I really enjoyed the pomp and circumstance of the position. I’m not talking about parades and such, but rather holding meetings and acting as arena referee. Those were extraordinarily successful… sometimes too successful as evidenced by the lag it created.”

While Dickson was the third mayor of Rivendell, following in the footsteps of Timedancer and a player named “Grant” before him, the city grew exponentially during his term. In being mayor to a digital city, Dickson said he was devoting just as much time as a real mayor would for a real city. Each day was full of decisions to be made, events to be planned, and city council meetings to be attended.

“The dedication necessary, at least in my eyes, meant that I was spending many hours and most weekends in UO and in the town,” Dickson said. “I wanted to instill a sense of community for all involved, and we were successful. The citizens and visitors to Rivendell became my friends.”