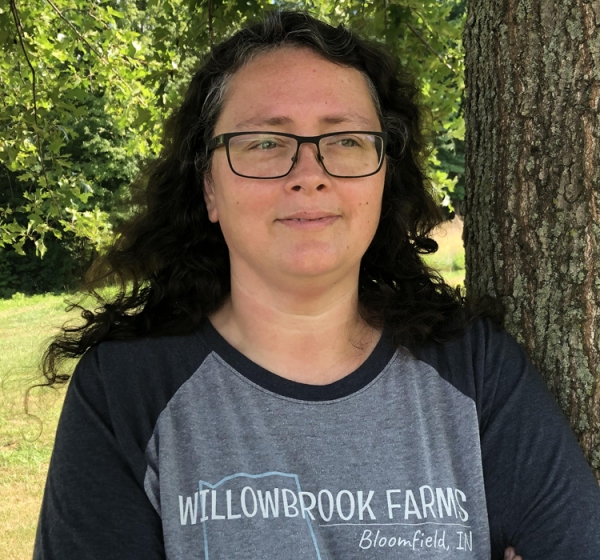 When Crystal Porter was logged into her home server of Legends, she made every moment count. Whether that was by creating, organizing, and running events for the player-run community of Fort Briarwood, or serving as decorator-for-hire and running the website Castles and Courtyards, Porter had gone into Ultima Online looking for community, and she was never disappointed by what she found.

As Porter saw it, Legends’ tightly-knit population had embraced roleplaying, but those roleplayers needed something to do. She figured, if no one was stepping up to the plate, then she may as well do it.

Coming into possession of a plot of land on the edge of Gravewater Lake, near the Malas city of Umbra, Porter decorated the house to make it look warm and welcoming. Inspired by her real-world writing group, where scribes often read poetry and short stories at an open mic held at a bookstore, Porter decided to throw open the doors of her home to the public, hosting the server’s first recorded poetry night.

“I was, and am, a hobby writer, and have always fantasized about what it would be like to be a full-time writer,” Porter explained. “I’m sure that influenced my decision on the first event quite heavily. Additionally, it was definitely different from anything else I’d seen in-game.”

Porter even took to scribing the poems shared during the events into books within the game. Many of them remain in private collections to this day.

“I don’t know if I looked at it as collecting history at the time, it was what a person in the world of Sosaria would have been doing,” she explained. “The roleplay aspect caused me to do these things, and in the end, it really was capturing a piece of Legend’s history.”

As poetry night became a recurring event, more houses were built in the sand near Porter’s. The new owners sought Porter out, interested in joining her crusade to put down roots for a roleplaying community.

“My passion for roleplay was nothing but a spark prior to UO,” Porter said. “Being a Gen Xer, D&D got its real root in my childhood and something like UO, only ‘released the beast,’ for lack of a better phrase.

“The idea of carrying around in a world as if you truly belonged in it was so appealing. And then, to take on the idea of hosting an event as a person inviting others into my home … it ended up growing into a crazy dream of creating our own roleplay town within the world that EA created for us.”