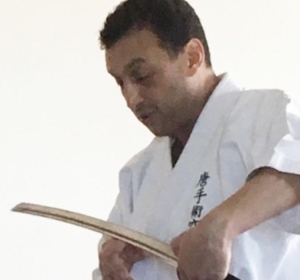 When not playing Ultima Online on the Great Lakes server, Samuel Nieves was the force of nature who ran the website UO Powergamers from 1999-2004. The high-trafficked site provided players with guides on how to quickly level their characters, allowing them to enjoy more of the game, faster. Love Nieves or hate him, the site blossomed in popularity under his leadership, skyrocketing from just 1,000 hits a day to more than 8 million viewers every month.

Soaking up all the opportunities UO had to offer, Nieves used the information on UO Powergamers to build his characters fast and efficiently, and soon began sending in his own tips and tricks.

Nieves started growing his “voice” on the site, and while similar websites—such as UO Stratics—took a wholesome, family-friendly approach to its content, UOPG offered readers a raw and unfiltered look at Ultima Online. Nieves said this alternate tone was exactly what drew him to share his knowledge with the UOPG community in the first place.

“UOPG was an open, non-commercial site that wasn’t overly managed like the others, where you could post what you wanted without being censored,” he said. “Besides, I liked saying ‘f**k’ a lot back then. I couldn’t do that on Stratics.”